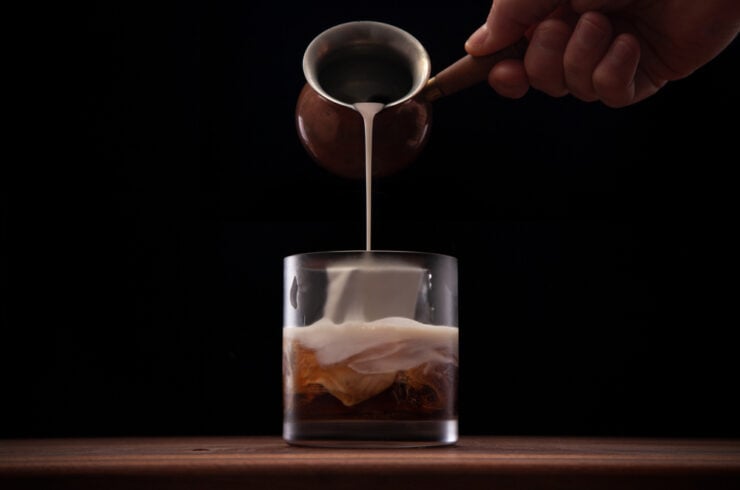 Even people who don’t like cocktails have heard of the White Russian. It might be the most famous recipe out there. So what makes up this cocktail, how do you make it, and where does it come from?

As you can imagine, this cocktail is a version of the Black Russian. The Black version was developed in the late 1940s, while the White adaptation didn’t come about until 1965. In retrospect, the adaptation was probably inevitable. A Black Russian, after all, is a vodka and coffee liqueur combination. It was only a matter of time before someone put some cream in that: who doesn’t like cream in their coffee?

The reason there are so many variations on this drink is that tastes have changed. Some people prefer one coffee liqueur over another. Modern drinkers usually want extra vodka. Some people like stronger flavors. You can make it with cream, but some people use milk, which enormously changes the thickness and sweetness of the drink.

Really, this is an elegant, decadent, dessert drink. It doesn’t pair that well with many foods, and it’s definitely meant to be sipped, not slurped. It’s been popular ever since it was invented, but after it was highlighted in the cult classic movie The Big Lebowski, it became more popular than ever. That popularity has led to many new variations and twists on the classic. 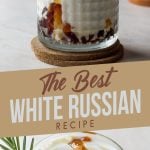 Sometimes the drink is made with half-and-half or even almond or oat milk, but you should know that only full cream will actually float on top. No other substitute will deliver the rich texture that cream does, either. The best substitute you can get if you’re vegan is coconut milk. Coconut milk has enough fat to do a decent job of mimicking the richness of cream.

Another variation on this drink is the Colorado Bulldog, which adds a bit of cola to the drink after it’s been made. Some people use chocolate milk instead of cream, in which case it’s usually referred to as a Dirty Russian. Finally, some people swap out rum or even cognac for the vodka.

Some people swear by shaking this cocktail rather than stirring it. This will only make a real difference if you’re using full cream, by the way. The shaking process gently whips the cream, which gives it a whole new, gorgeous mouthfeel. It does slightly dilute the drink, though, so some people prefer to adjust the recipe to two parts vodka, one part coffee liqueur, and one part cream if they’re shaking it.

This is an easy drink to make and oh-so indulgent. Give it a try!