If we asked a random person on the street to name a mocktail, we would be stunned if they said anything but a Shirley Temple. Widely known, it is believed to be the world’s first mocktail. This drink packs a sweet and spicy combination of grenadine and ginger ale, a squeeze of lemon or lime, and is topped off with maraschino cherries. This recipe may be vintage, but there’s nothing out of date about this delicious drink.

History of the Shirley Temple

We all remember the little girl with the piles of ringlets who danced right off the television and into our hearts. This sweet sip is named after the legendary little Miss Miracle herself. An accomplished actress, singer, and dancer as a child, Ms. Temple would become a U.S. diplomat and ambassador. It only fits that this light and bubbly drink packs a bit of a ginger ale punch; it has big shoes to fill.

Ms. Temple stated the mocktail debuted at the Brown Derby, a restaurant in Los Angeles frequented by celebrities. A few other establishments have since tried to claim that title, but we are inclined to trust the girl with the curls. 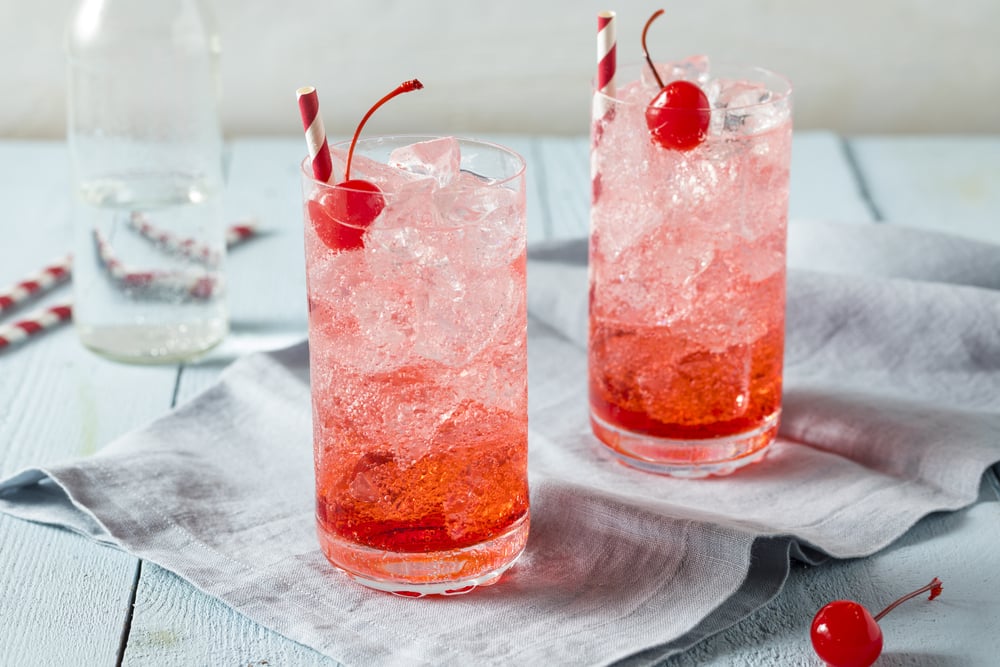 The Shirley Temple is sometimes referred to as a children’s drink, but it’s a suitable swig for anyone in the mood for a sippable nonalcoholic beverage. Whether it makes the printed menu or not, this drink is a staple at bars, and you’ll never meet a bartender who hasn’t crafted at least a few. Like any mixed beverage, the deliciousness of your drink is determined by the quality of ingredients you use.

Opt for inexpensive bottled grenadine, sweet and sour mix, and processed maraschino cherries, and you’ll get something so nauseatingly sweet that only the 13 and under club will enjoy it. However, you can take things upscale if your heart desires. Make a homemade grenadine from pomegranate juice and water. Slice some tangy citrus and add top-tier cherries as the finisher, and you’ll have an artesian mocktail. 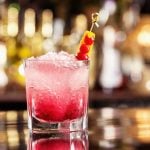 Bartenders have found great ways to modify this mocktail over the years. A common switch-up is skipping the ginger ale and substituting lemon-lime soda or lemonade. You can also replace the ginger ale in the recipe with club soda and ginger syrup for a high-class mocktail. If it’s one of those days where you need something a little more substantial, you can create a Dirty Shirley by adding vodka or your choice of spirit to the mix.

Whether you switch things up or stay with the tried and true, this drink isn’t going anywhere. This beverage owes its longevity to being a household name and a simple drink to make. The bubbly tang doesn’t hurt either. Oddly enough, Ms. Temple was not a fan of her namesake. She ultimately found the drink too sweet for her palette. We can’t help but wonder if she would have enjoyed one of the modified versions created today.

Next time you’re craving something sweet and bubbly with the tiniest kick, think of this delightful drink. Fancy it up; or keep to the classic, you won’t be disappointed with this old-fashioned favorite. 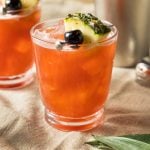 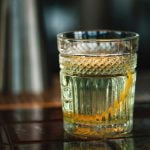