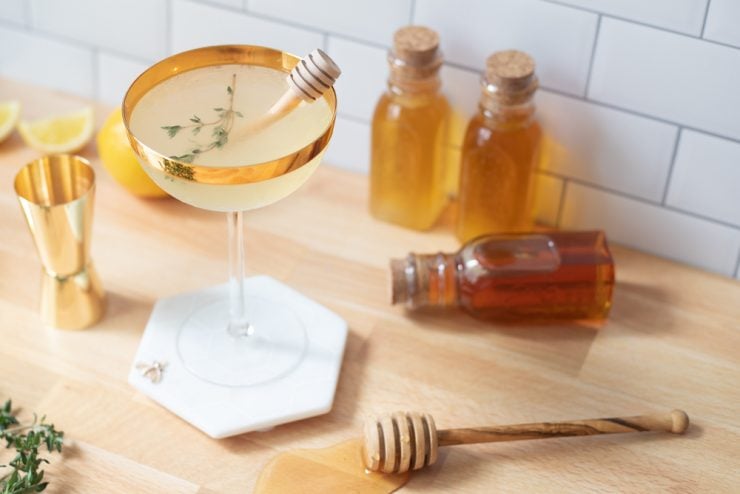 Gin was the spirit of choice in the United States for most tipplers in the 19th century. Look at any old cocktail books, and you won’t have to delve too deep before noticing that gin took center stage in many of the recipes. It was from the love of this botanical liquor that cocktails like the Bee’s Knees was born. As with many drinks, there is a good story behind its fancy-sounding name.

There are a plethora of choices when it comes to gin these days, from the budget options to the more palatable and delicately balanced brands. During the Prohibition Era, people had to produce gin on the sly, and in most cases, the spirit was anything but delightful. Cocktails like this one came into play as mixologists turned to ingredients like honey to cover up the noxious flavors of the inferior, homemade products that they were working with.

The delightful expression that this drink snagged its name from was popularized in the 1920s and was akin to saying the Cat’s Pajamas or the Cat’s Meow. Its meaning was simple and playful and used as a reference to something being “the best”. There has been some debate as to who invented this summer refresher. Some say that it was the brainchild of Frank Meier, a bartender at the Hotel Ritz Paris, who started pouring them in 1921. However, an article from the Brooklyn Standard Union from April 1929 credits Titanic survivor Margaret Tobin Brown for creating the concoction.

Others are certain that it was invented in the U.S. during Prohibition. A recipe for the drink appears in two separate cocktail guides. The first, called World Drinks and How to Mix Them was written by San Francisco bartender Bill Boothby, and published in 1930. The other, named The Artistry of Mixing Drinks was a collection of recipes by none other than Frank Meier, published years later in 1936. As is often the case with recipes this old, it can be hard to give credit where credit is due.

The Draw of Honey

It is easy to see why people became so captivated by this tasty libation. The gin sour had already been popularized, however, using honey in place of sugar really catapulted this cocktail into another realm. Honey, with its rich body and enticing flavors, doesn’t just mask an inferior gin but brings out the nuances and flavors of a quality product.

If you are ready to try to make your own Bees Knees Cocktail, start gathering your ingredients. Honey simple syrup is on the list, but don’t let that hold you back. On its own, honey is too thick for a cocktail, so it needs to be diluted with some hot water. Use 3 parts honey to 1 part water and stir until thoroughly mixed. Wait until it cools before using. 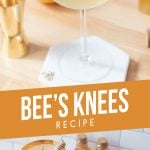 Once you get comfortable with this, explore your options by experimenting with different types of honey, or titivate your cocktail game by adding some lavender or time to the simple syrup. Either herb will complement the botanicals of gin and will be sure to impress your friends