Since the 1940s, the Moscow Mule has been one of the most ordered cocktails nationwide. The fizzy and refreshing combination of ginger beer, lime, and vodka quenches your thirst year-round.

While the Moscow Mule may be the most well-known of its kind, it’s actually part of a larger drink category called bucks, classified by the presence of ginger beer. The Kentucky Mule is in this bracket of ginger beer cocktails: instead of the Moscow’s vodka, it uses Kentucky bourbon.

More aggressive than vodka, the bourbon creates a drink with increased flavor by cutting more sharply through the ginger. A top-quality ginger beer with extra spice will hold its ground against the whiskey, making the most of each ingredient. Homemade ginger syrup is a great way to add your own little special ingredient to the recipe. If you choose to make your own, use club soda in place of the ginger beer to keep its signature bubbly personality.

A popular drink at both the bar and at home, its simple recipe makes this cocktail a cinch to make; the only true effort is squeezing the lime juice. Combining your ingredients with ice and a sprig of mint is really all that’s needed. The cup of choice is a copper mug as it takes on the temperature of the drink it’s holding. If copper is not available, a highball glass is a suitable substitute. No stirring or shaking is necessary.

Bourbon Is Just a Co-Star

Being well-balanced is what makes this mule so tempting. The ginger beer and the lime are equally as potent as the bourbon whiskey. Because of this, a high-quality bourbon is not as important as it might be in another whiskey-heavy recipe. Since the lime and ginger beer balance it out, the nuanced flavors of the alcohol won’t matter quite as much. Trying a variety of different bourbons will give you an appreciation for the refinement each company gives its spirit.

A good rule of thumb is that a decent liquor makes a decent drink, though. Choose a bourbon that is priced right in the middle. A mid-priced bottle is usually a good indicator of quality, and using locally distilled spirits is always a great way to incorporate your recipe with a domestic flair. You may even notice that the growth in popularity has caused some restaurants to offer the Kentucky favorite using their own distilled spirit made in-house.

This Kentucky version of a classic is perfect for a party or on the porch during a long, summer evening. Try your hand at this recipe today to see the beautiful simplicity that makes this cocktail a favorite season after season. 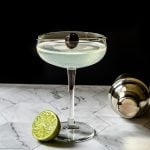 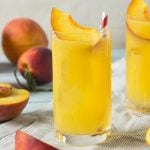