This tropical drink tastes delicious and refreshing. It’s a bright cocktail that looks great in a glass, making it perfect to serve at summer parties.

How to Make a Planter’s Punch Drink

This cocktail is easy to make. Once you try it, you’ll be able to customize the ratios to suit your taste, but as it stands, this makes one cocktail.

History of the Planter’s Punch Cocktail

Before allowing these hotels to embark on a turf war, historians wanted to put all of the facts on the line. They say it was invented in Jamaica due to the delicious dark Jamaican rum used to create the cocktail.

The earliest record of Planter’s punch was in the late 1800s. A newspaper in London called Fun posted a rhyming recipe for the drink in its September 1878 issue, recommending that people use three wine glasses of rum to make the drink.

The drink came into fashion again in the 1960s, when Tiki bars were a popular trend. The cocktail has become a modern craze once again, thanks to the resurgence of homemade cocktail recipes.

Regardless of where it came from, Planter’s punch is a versatile drink that will be a hit at parties. You can make it by the glass or mix up a whole pitcher at once. The general guidelines are to use three parts rum and then balance the sweet and sour with one or two parts depending on your taste.

The garnish is optional and depends on your taste. You might want to add a unique flavor profile with the mint or keep it tropical with the citrus. If you’re going for a light, citrus cocktail, you might even sub out the bitters and use a splash of pineapple juice instead.

Decide whether you want to make a classic cocktail or a fun tropical drink. Gather your ingredients, and you’re ready to mix this simple beverage.

After getting a taste for this tropical rum drink, have some fun subbing out different ingredients to customize the cocktail. 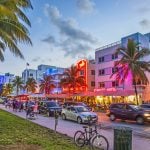 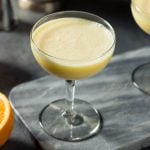