Originally popularized in the 1900s, the South Side is a classic cocktail with a fresher, lighter taste than many others from the era. It’s similar to a mojito, but with gin instead of rum, or a gin-based Mint Julep.

Easy to make and a bit lesser-known than many of its contemporaries, the South Side is enjoying a popular resurgence among cocktail fans around the world.

How to Make a South Side

You can make a South Side in less than five minutes, just follow our simple instructions!

History of the South Side Cocktail

As with many drinks with a history dating back more than 100 years, the origins of the South Side are hazy.

It first appeared as an official recipe in Huge Enslinn’s 1916 book Recipes for Mixed Drinks. Titled the South Side Fizz, it had club soda and more fruit than the recipe uses today but is otherwise the same.

Although some people think the drink is named after the South Side in Chicago, evidence supporting this is slim. Instead, many stories lead back to the 21 Club, a famous New York speakeasy. While they didn’t invent the drink, they did help popularize it.

Ways to Customize Your South Side

The South Side drink is very simple and never fails to delight. The next time you’re craving a classic cocktail, just pull up this recipe and get mixing! 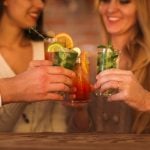 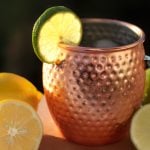