This spiced-up twist on the classic Southern Milk punch is sure to give you that warm, toasty feeling you’re looking for. And although the name itself may not sound appetizing to you, don’t let this one slip by without giving it a chance.

Let’s take a closer look at spiced rum milk punch and all that this cocktail entails.

This is easily one of our favorite rum drinks. Check out our simple, easy recipe for a spiced rum milk punch cocktail right down below. You’re going to love it!

Despite the widespread notion that this drink has southern roots, it actually stems from the United Kingdom. The drink, which was initially made using bourbon, sugar, vanilla extract, and milk, dates back to the 1600s – perhaps even further, but it’s tough to find records predating print.

In fact, it’s widely accepted that both Benjamin Franklin and Queen Victoria enjoyed the drink on occasion. If these big names in history can get on board with this drink, we sure can.

The history goes that the concept of milk punch began when William Sacheverell recorded it in his travelogue of the Scottish isle of Iona. The goal of the recipe was to curdle the milk, then strain the lactic acid to use as the base of the drink. Adding brandy accomplished this and allowed the drink to be bottled.

By the eighteenth century, the drink had piqued in popularity; this was when the Queen discovered her love of the drink, and she issued a royal warrant concerning it.

Today, modern versions are made using either milk or fresh cream. It’s highly popular in New Orleans, especially during traditional holidays, which is how it gained its southern reputation. Some people use eggnog instead of milk around Christmas time, particularly, but the integrity of the drink remains the same.

If you are lactose intolerant or vegan, you can use this same recipe by replacing the milk with nut milk such as almond milk or soy milk. You can also use eggnog in place of any kind of milk for a thicker, more festive option.

Top off your spiced rum milk punch with a whole cinnamon stick for a beautiful presentation, and cheers to a wonderful holiday season! 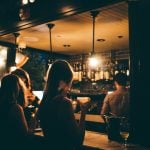 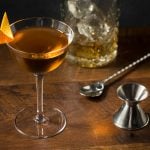