Keep reading if you’re nursing a headache from a killer night and need some liquid medicine to ease the pain.

How to Make a Suffering Bastard

Making the Suffering Bastard is a simple process that involves a shaker, collins glass, and some ice. Nothing too fancy here, just be sure to not dilute the spirits too much or it won’t have a chance to do its job.

History of the Suffering Bastard Cocktail

The Suffering Bastard cocktail may have been born in Egypt, but it has traveled far and wide to develop its current reputation.

Invented by barkeeper Joe Scialom at the Shepheard’s Hotel in Cairo in 1942, the Suffering Bastard was originally concocted as a hangover cure for allied soldiers during WWII.

He mixed two strong spirits, gin and brandy, along with lime juice, bitters, and ginger beer, to quell the nauseating symptoms many would have after a celebratory night out on the town.

It then traveled to the frontlines, with many soldiers reportedly ordering cases of the now-popular drink to have with them as they fought. The troops identified with the drink, preferring to drink something called the Suffering Bastard as they were all bastards suffering in their own right.

After WWII, the drink gained a second wave of popularity among veterans, but unfortunately, the Shepheard’s Hotel burned down in 1952. This forced the drink to go through an evolution of sorts, being picked up and modified by Trader Vic and other Tiki pioneers to include rum and orange curacao.

Nowadays, the cocktail forgoes the tropical twist in favor of the original, only substituting the brandy in the first recipe for bourbon. The result is a cocktail that you can enjoy any time of day, but still most noticeably the morning after a big one.

However, the Suffering Bastard is known to make more suffering bastards depending on how many you consume, so be wary of shaking one up before noon.

How to Make a Suffering

If you really want to take this drink to the next level, consider reducing the amount of gin and bourbon and switching out the ginger beer for alcoholic ginger beer. Be extremely careful of this one though. Chances are that you’ll be the Suffering Bastard by the morning, not the other way around. 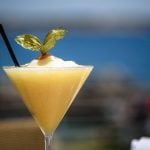 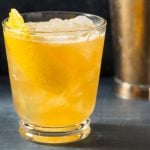