El Diablo is a tequila cocktail that is easy to make and just as easy to drink. This cocktail stands between a kicky Moscow Mule and a classic citrusy margarita. The ingredients of this blackcurrant flavored cocktail fair well with tequila, thus resulting in an incredible taste.

El Diablo also includes crème de cassis which adds a fruity dimension and a lovely pink hue to the cocktail. The combination of spicy ginger and lime in the cocktail helps create a perfectly balanced cocktail, even with tequila. Read on for more information about El Diablo and how you can prepare this cocktail.

History of the El Diablo Cocktail

The El Diablo cocktail goes as far back as 1946. First mentioned in the Trader Vic’s Book of Food and Drink. During this time, he called it the Mexican El Diablo.

From this book, it is safe to say that El Diablo was Trader Vic’s original cocktail. El diablo later appeared in 1968 in another book by Trader Vic; Trader Vic’s Pacific Island Cookbook.

By this time, the cocktail’s name had been shortened from Mexican El Diablo to El Diablo. Trader Vic later talked about this recipe in his other books, making four books where he talks about the cocktail. In all the books, the recipe for making El Diablo remained the same.

How to Make an El Diablo Cocktail

The preparation time for this cocktail is three minutes. This means that you can enjoy the El diablo cocktail within a short time if you have all the ingredients ready.

Dishes That You Can Serve with The El Diablo Cocktail

Some of the dishes that are a perfect combination with the El diablo cocktail are:

Assorted antojitos: This is a Mexican meal name used to refer to appetizers or street snacks. When combined with El Diablo, they are ideal late-night bites or precursors to the main meal.

Carne asada tacos: This is a dish made from perfectly grilled meat and is among the best accompaniments for El Diablo. You can also add a new line, salsa Verde, or a dollop of sour cream to make the mixture even better.

Aguachile: This is a Mexican meal that often features lime juice, shrimps, and chiles blended with water, often served with red onion and sliced cucumber. This makes it an excellent accompaniment for El Diablo.

Camarones a la Diabla: This is a classic among Mexican recipes, which is also known as Mexican deviled shrimp or diablo shrimp. Most of its ingredients rhyme with those of the El Diablo cocktail, making it a perfect combo for this cocktail.

Just grab your favorite tequila and get to work mixing up a crisp, refreshing El Diablo the next time you’re feeling parched. It’s always a great cocktail choice! 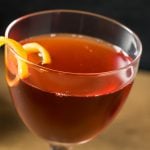 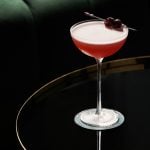